The installation On Framing Textile Ambiguities is the output of a critical investigation on social and technical developments that led to the current local technological situation.

Beyond being a metaphor for the theoretical framework of Donna Haraway's Situated Knowledges, the thread that wanders through the installation reminds of the history of digital communication media and computer arts with an emphasis on the interconnectedness with the history of textile production.

Central to this investigation was the local and material basis and bounding, that everyone, everything and every medium has. This inevitable materiality has been described by Haraway as an important part of knowledge production.

Situated Knowledges is a critique of the seeming objectivity of „scientific and technological, late industrial, militarized, racist and male dominant societies“ of the late 80s in the USA, which is heavily based on the possession of tools that allow to sense and, in particular, see more, thus evoking a feeling of being bodiless and 'seeing everything from nowhere'. The so-called 'embodied others' have been assigned materiality, bodies and a finite, limited perspective. A perspective, which western sciences have diminished as imperfect, biased - only opinions, that have to be rejected or met with skepticism in any discourse.

In contrast to this objectivity claim of an universalist global system which is also heavily rejected in decolonial theory, Haraway additionally dismisses the idea of relativism while instead developing an alternative feminist objectivity, which she describes as an organic symbiosis, consisting of a world-wide network of locally bound communities, that have the ability to share and translate knowledges. 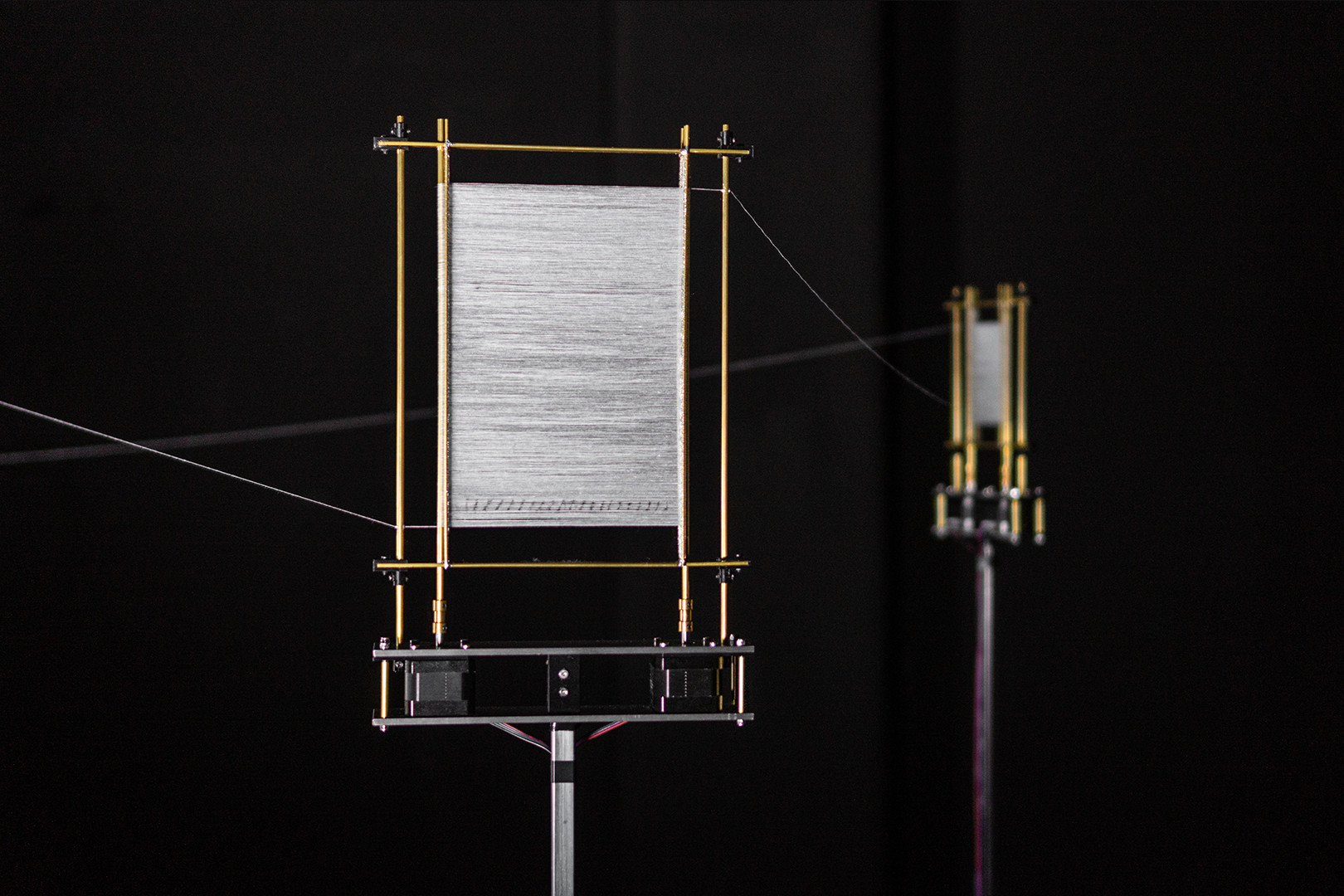 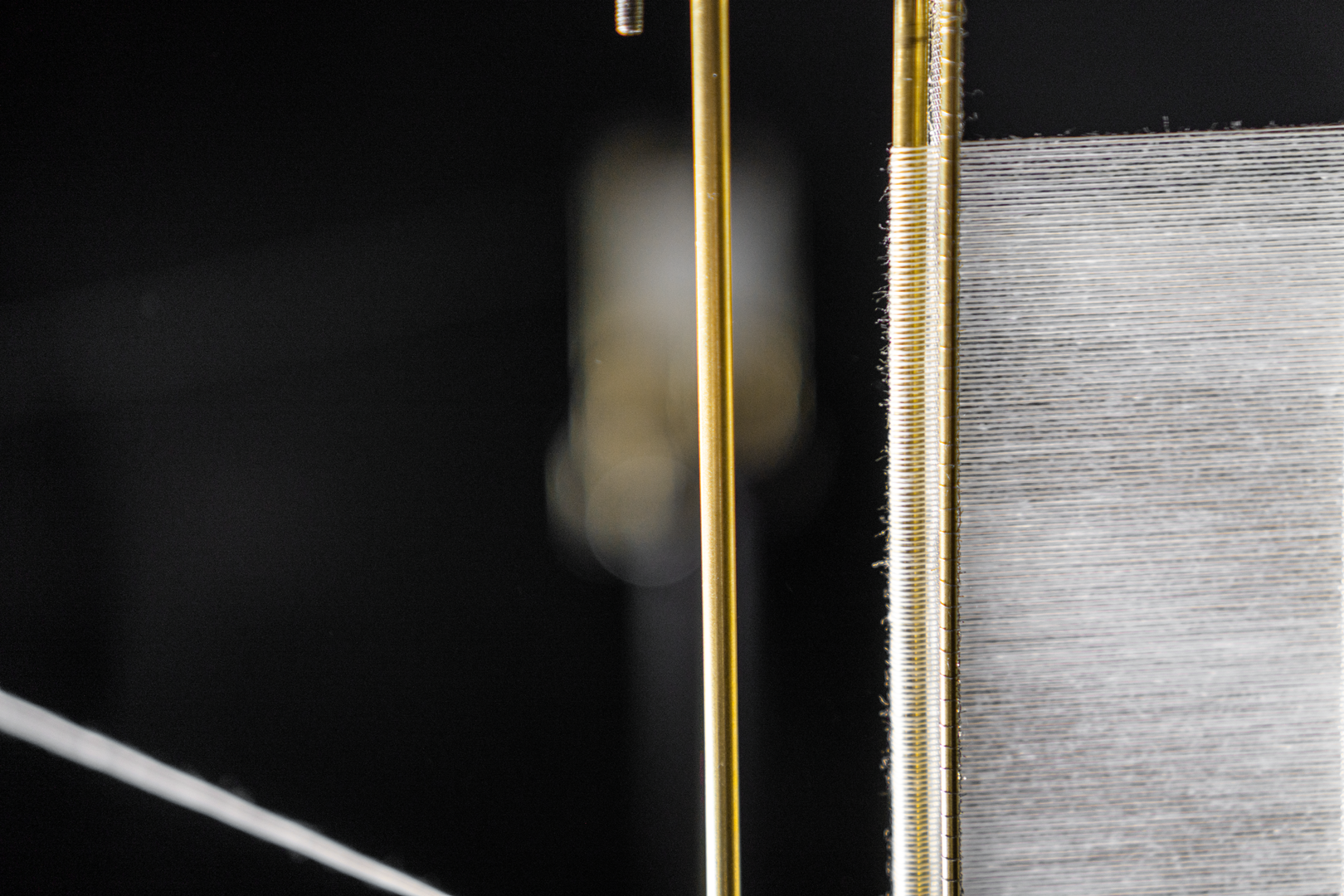 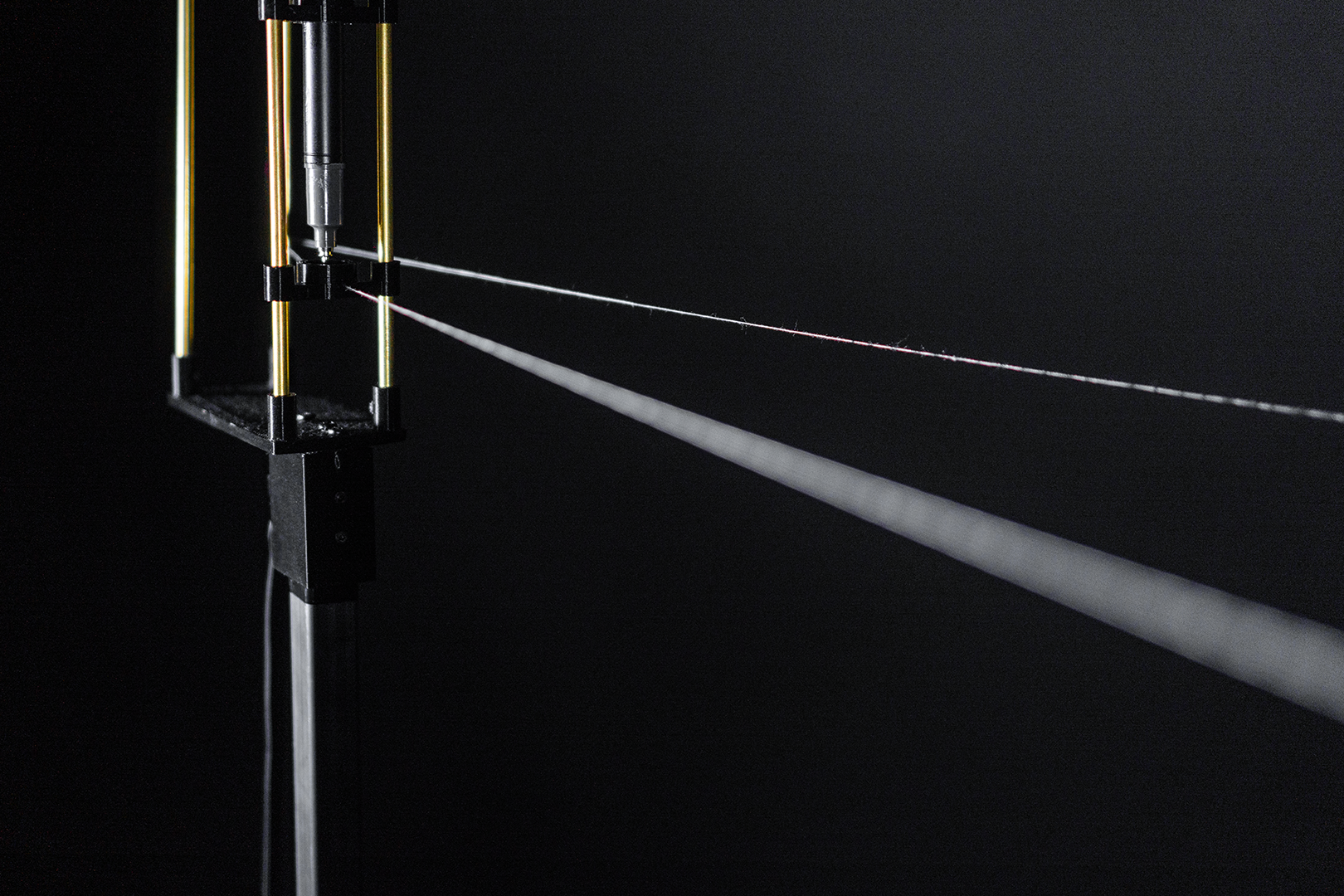 ‚Textiles themselves are very literally the softwares linings of all technology.’ - Sadie Plant in Zeros + Ones

As one of the oldest techniques of humanity, the history of textile processing was brought forth by non-western societies and distributed globally, bearing emancipatory potentials and oppressive capitalist structures alike. The thread can be acknowledged as a contradictory and ambiguous material, carrying both, aesthetic and practical qualities, as well as having abstract thought processes of the worker inseparably woven into the fabric while the material nature of the thread can be directly perceived.

On Framing Textile Ambiguities appends itself in this discourse of developing an alternative - away from the universal, homogenous approach to communication and media.

As a series of machines, the installation presents itself as a group. They share the same thread and are made from the same components. Each machine is build around a frame, through which the thread is running. Though they are finding various meanings in the encoding due to differences in the widths of the frames. 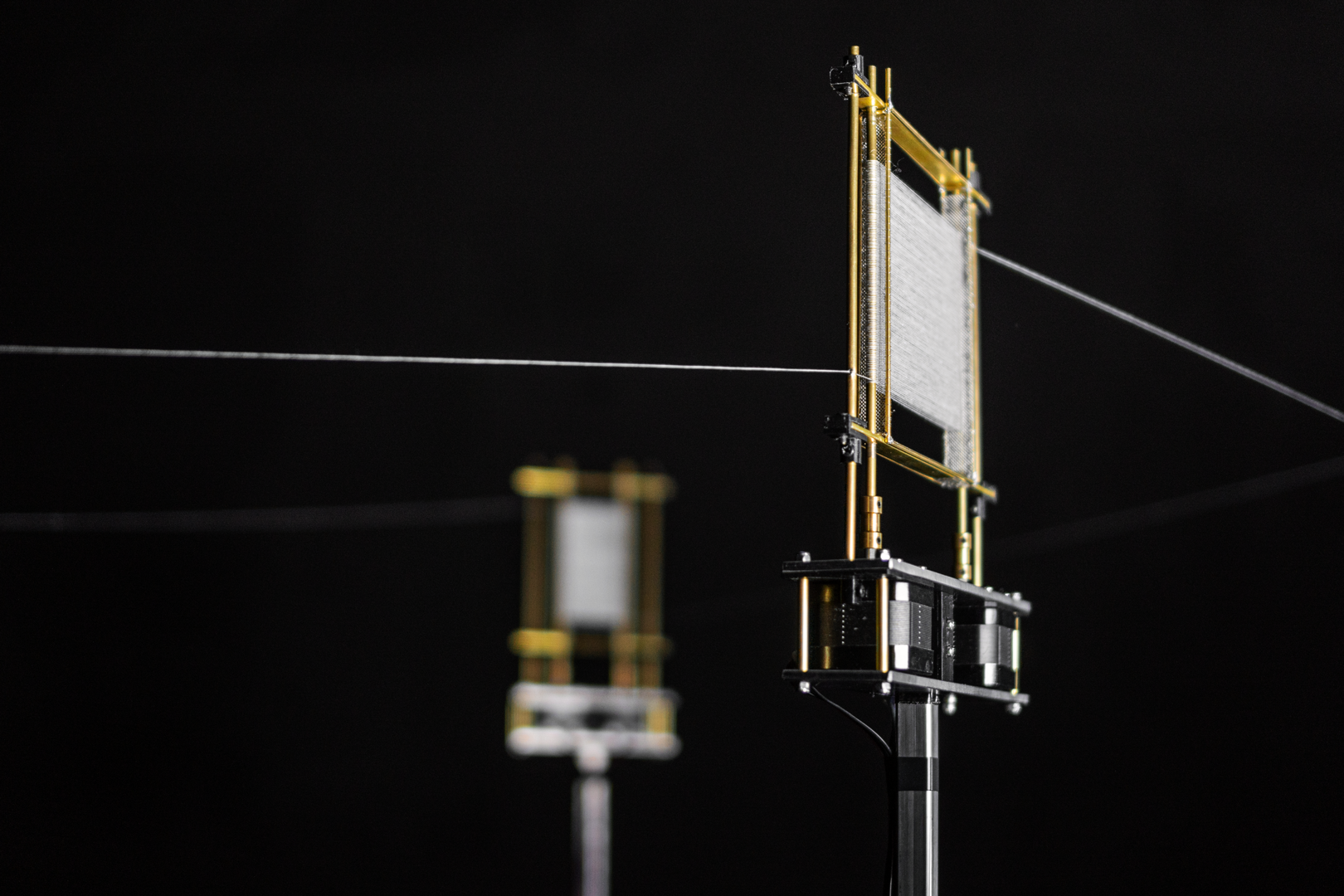 Materialized from the ambiguities of its origin, in a multi-dimensional discourse of media technologies, the installation is a genesis of the transformation and critical new development of modern image and communication technologies.

A flow of signals is created that reveals its own ambiguities through its materiality and corporeality.

ART PIECE BUILDS UP IMAGES WITH DOTS ON THREAD
Written by Dan Maloney
01.08.2020